This past week/weekend was full of fun, family and fantastic food. However, there have been a few bumps in the road, hence the late post. Up first, the need to replace the brake pads on the Tahoe. Thank goodness I had the good sense to get an oil change and have the brakes checked before we left for Florida. I knew there was a reason I could hear them while backing out the driveway. Next up, the extra long drive home from Florida. Not really unexpected, but not welcome either. Delilah is usually a great little traveler, but I65 on Sunday was really pushing her limits. Finally, the straw that broke the camels back, was returning home to the power going out. Seems to happen everytime we return home from a trip. However, this time it wasn't the power company (who was very rude to me in my distressed state). Apparently the main breaker was fried. How? No idea. Even the electrician was stumped. He says we were lucky it didn't cause a fire (silver lining). As I type this it doesn't seem very dramatic, but I was a bit of a stress ball with it all.


On to what you have been waiting on, news on little miss Delilah. She is absolutely amazing, as usual. She really enjoyed her time with family. She is always treated like the little princess she is. Which is to say, she gets spoiled rotten. One major event of note, Delilah said her first, clear three word phrase/sentence. It happened when we put her up on a horse with her Aunt Danielle. She said, "I want down." Clear as day. Multiple times. I was elated. 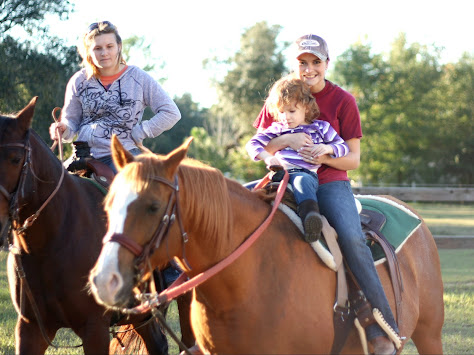 A quick pic on the horse.

Since then, I feel liked am hearing more and more multiple word phrases, like "I want milk". It's really really nice.

Thanksgiving was a great day. We spent it at Grandma and Grandpa Barrow's house. The food was great. I really could eat Thanksgiving dinner every day. So good. While we were waiting for dinner, Delilah, my mom and I went outside to expel some energy. Delilah loves her Nana. She kept running and jumping into her arms. It was adorable. It also helped wear her out a little. She nearly fell asleep eating the stuffing! 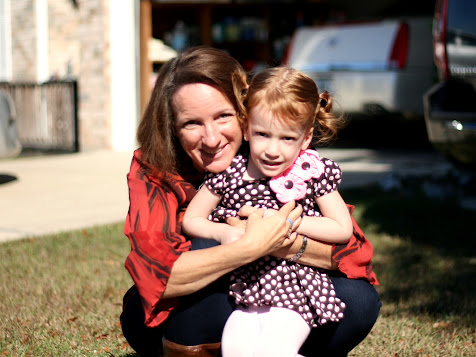 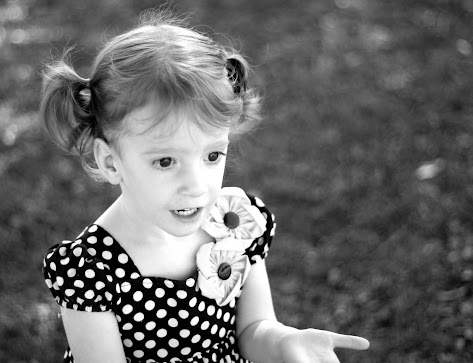 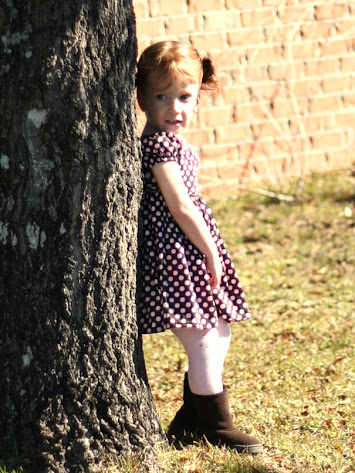 On Friday we went to spend the weekend with Janet. Delilah had a blast sitting on the deck watching the water. We learned she likes Smoked Tuna Dip, a favorite of mine. Also, she isn't a fan of spicy food. We had a shrimp boil Saturday night, which had a bit of a kick to it. She bit into her corn on the cob and immediately put it down. Her nose started running and she was scraping her tongue. (I promise I didnt think it was that hot. Lesson learned.) She was fine once we made her some new, non spicy corn.

Now that we are home, and no new major issues seem to have creeped up (knocking on wood), we are getting excited for John's return home. He should be home sometime tomorrow evening and we can't wait. Now to just get the house in order. Once he gets home, I will finally be able to get the Christmas decoration out of the attic and put up.

Hope everyone had a great Thanksgiving!
Posted by Kera at 8:59 PM