Here are some pictures from the past week. Delilah has been introduced to cereal and seems to like it. She makes some funny faces, but she eats it. Her cousins were here last night and this morning and we finally got some pictures of the three of them together. Logan wanted pictures with Delilah.  Enjoy!
Delilah's Thanksgiving Dress 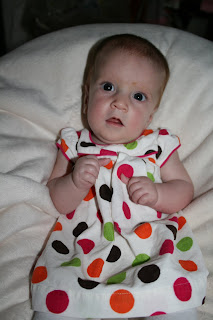 Her first time eating cereal! She did great! 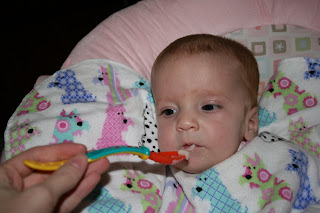 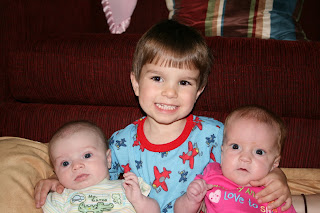 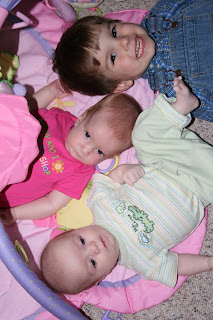 Logan hamming it up in front of our christmas tree. 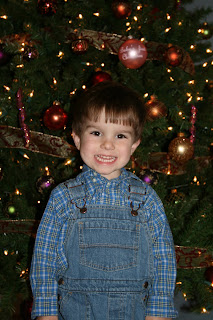 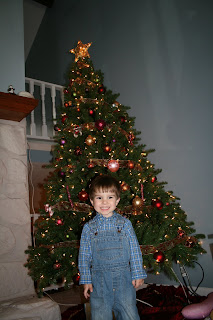 WOW! 5 months!!! I can hardly believe it. Well, we had an appointment today with the new pediatrician to check her weight and to discuss some of her issues. She now weighs 10 pounds 8 ounces and is 24.5 inches long. Pretty good. She still has a long way to go but she is doing really well. She is getting more active with her toys. She is grabbing at them and bringing them to her mouth. She is also fascinated with her hands. She loves to look at them and suck on them. One day I will catch it on video and post it. (I have pictures I took today that I will post soon. I can't find the card reader.)

Christmas is fast approaching. I am definitely looking forward to it this year with all the babies in the family, especially Delilah's first Christmas. We still have to go out and get decorations (we got rid of most in Alaska), but the gift shopping should be really fun this year. If anyone is wondering about a gift for little Delilah, she is currently a size 0-3 months and it doesn't look like she is going to out grow that anytime soon. Also, the therapist says she may be ready for 'Cause and Effect' toys. Mostly things with lights and sounds that she activates by pressing buttons. And there is always books. She is gonna be a reader like her momma so we need to build her library.

I hope everyone has a Happy Thanksgiving. I am sure there will be plenty of pictures to post after the festivities. There is a lot to be Thankful for this year!
Posted by Kera at 10:51 PM No comments: 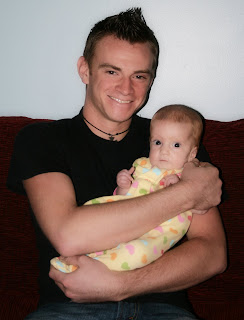 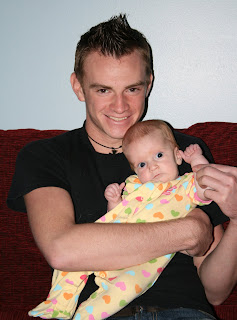 We are homeowners now which has led to painting the last three days. Too tired and not much time to Blog so here are some pictures of Delilah's first Halloween to hold you over. 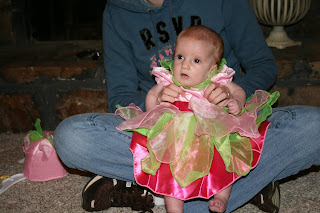 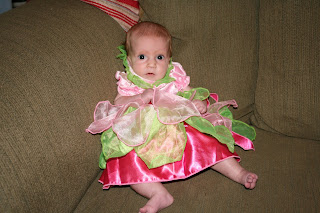 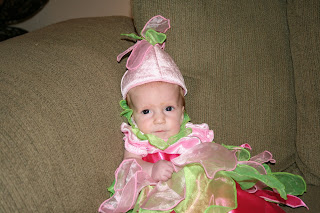 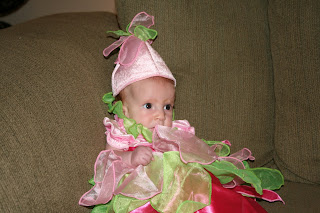